How one image spoke to the zeitgeist

Here is the story of how one of the most iconic album covers in the history of Croatia got made. I had to design an album cover and press photographs for “ISTINA” (“TRUTH”), then the latest album of a rap band called Dječaci. The band knew that they had something big with this album, which has still remained their best and most successful album, so they knew they needed something special for the picture that will carry the music to people. What happened next was a matter of pure coincidence and stars aligning. 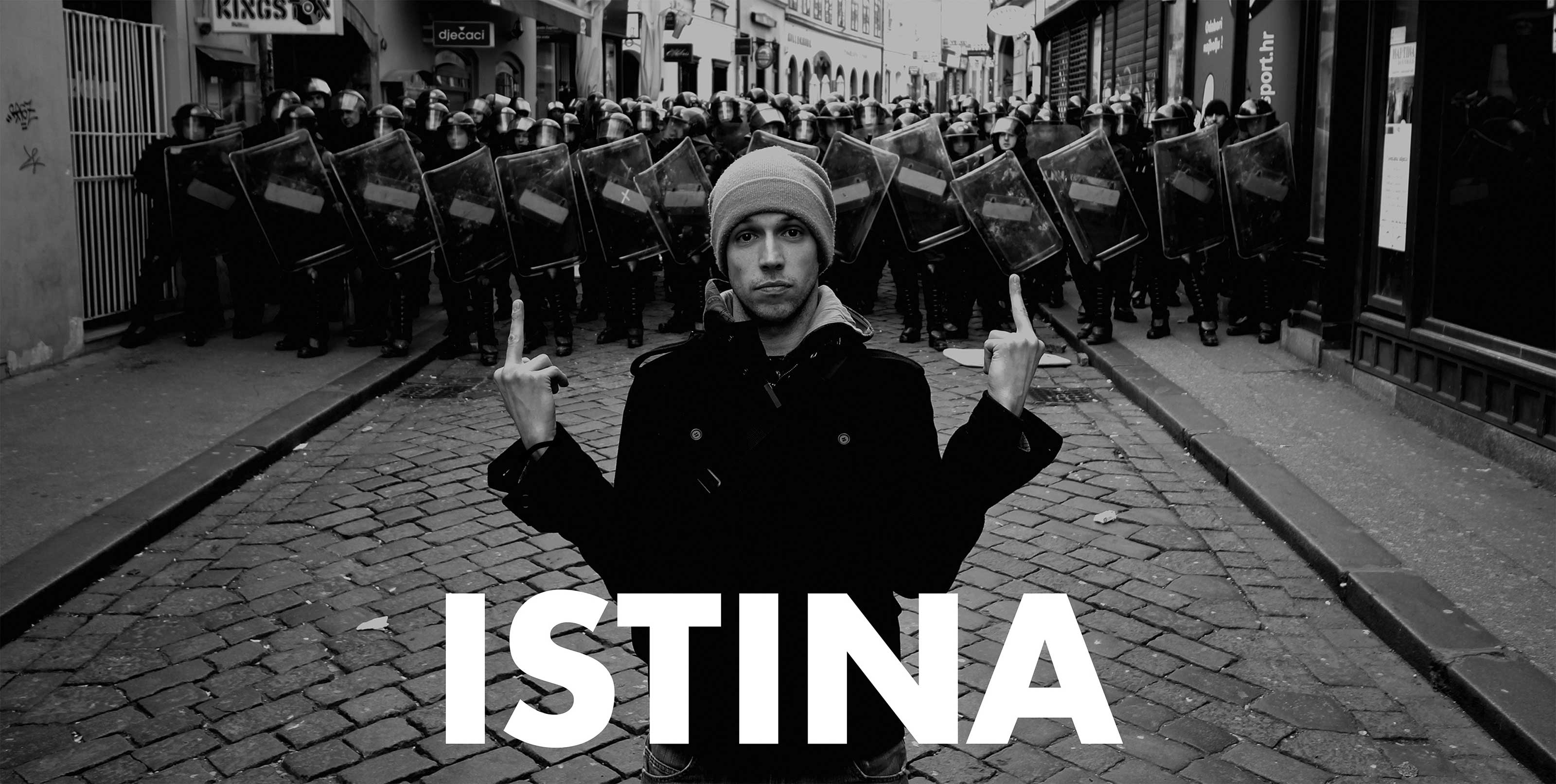 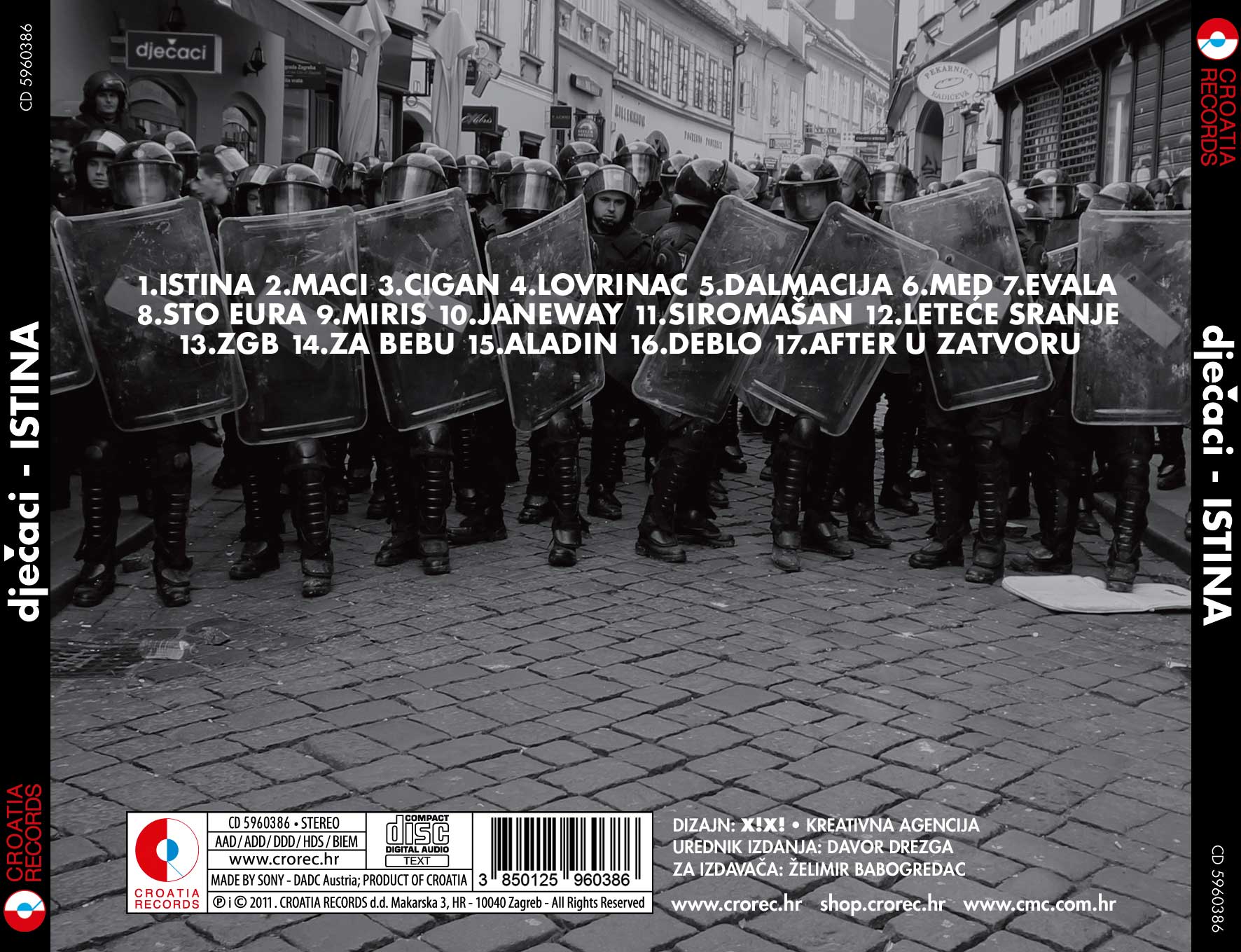 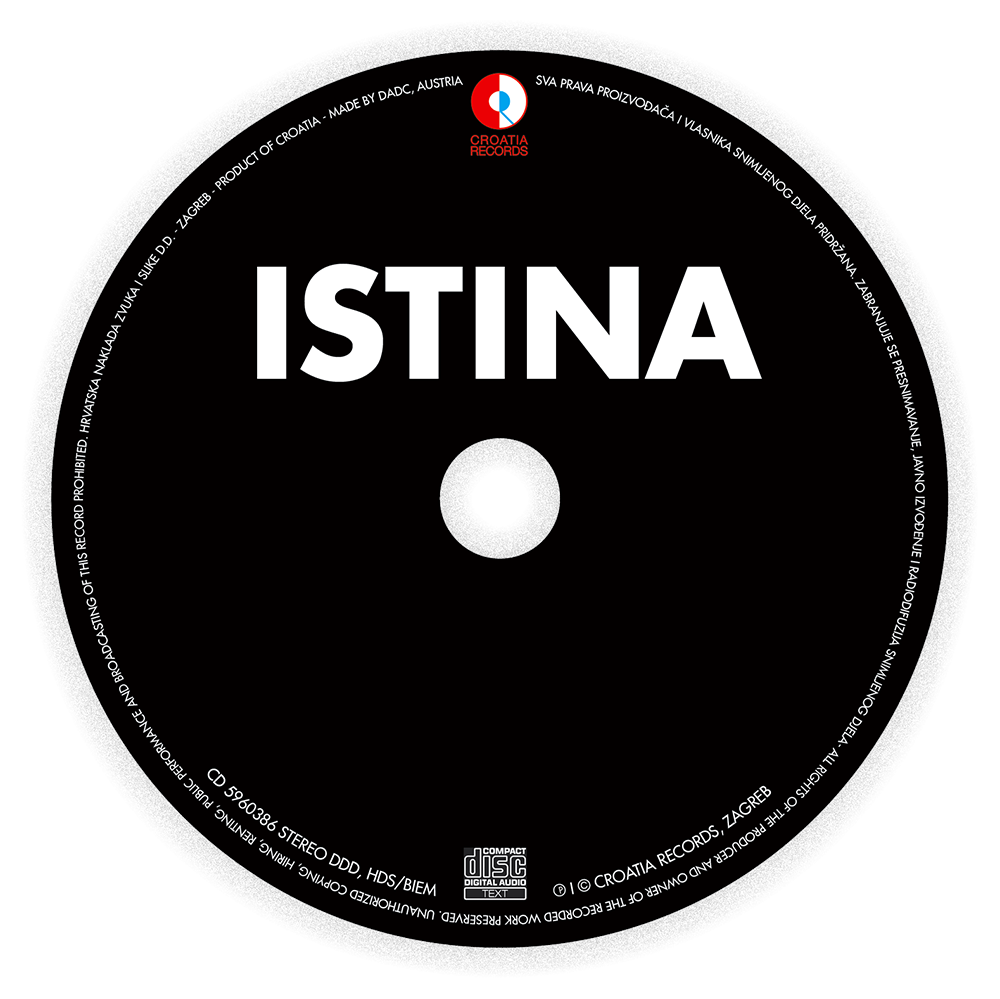 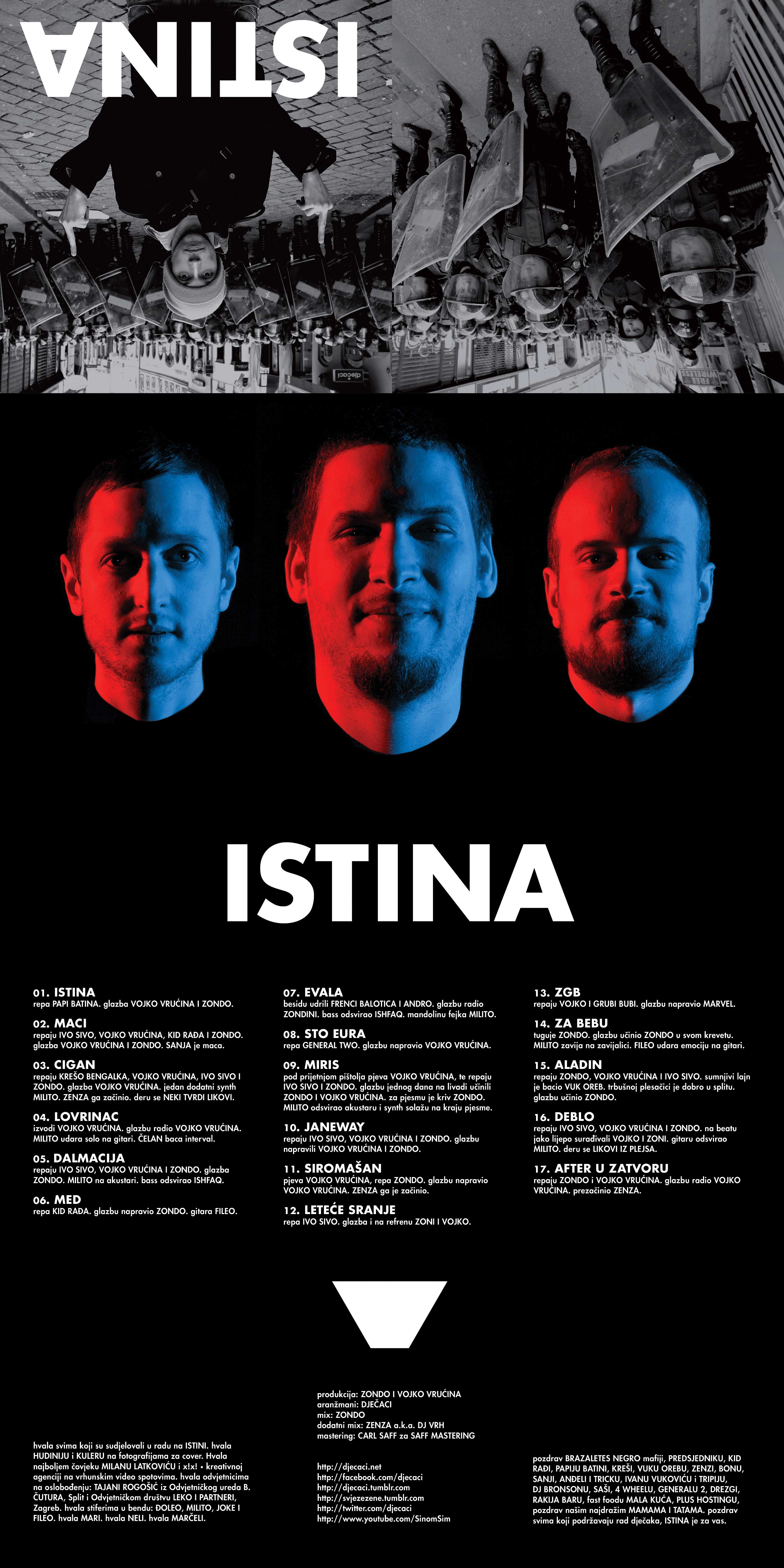 Back side of the booklet poster

The story goes like this. Hudini, the bassist of the band went to a protest in Zagreb, the capital of Croatia. The protest was not well attended but, in nervous anticipation, the government had already deployed a large special police force. All of them were huddled in one street, which would be the only way for protesters to reach the Croatian Parliament building. It was a strange sight, as can be seen on the photographs of people who were watching this display in amused disbelief.

Hudini just saw an opportunity and took it. The pictures were taken. Later that day he uploaded the whole series of images to his personal Facebook account, and all could have ended there. But one of the pictures caught my eye. It was the contrast between one courageous person and the strong police force, accentuated by the symmetry in composition. The photo was iconic at the first sight. I asked him for the permission of publishing this one photo on the band’s blog, which was regularly maintained and had around 5000 visitors a day.

Noticing that the colors were detracting from the visual symmetry, and also from the content of the photo itself I made the photo black & white. While removing color and reducing the contrast of tones, the contrast of the content was increased. After the photo was published on the band’s blog, one of the visitors shared the link on reddit, and the rest is history. Not long after that, the band decided to use this picture as the cover of the new album ‘ISTINA’. The booklet was designed to fit the biggest poster it could fit inside the CD case.

After the picture was shared on reddit, 100 000 people visited the website in the next 24 hours. The server could not keep up with a sudden rush of traffic and was constantly crashing most of the day. The photo was released to the public on the 27th of February, which is when someone anonymously photoshopped Guy Fawkes mask over it. It spread like wildfire from there, precisely representing the idea of a brave individual against the corrupt system. Occupy Wall Street protest movement began on the 17th of September, and by the end of the year it showed up on 9GAG with a headline, “2011 Summed Up In One Picture”.

If you google “Anonymous wallpaper”, you can find it on the second row of the image results as one of the most popular options. It is used on protest posters. It is even sold on eBay as a poster from the “V for Vendetta” movie, with which it has no connection. The album cover itself has become iconic and instantly recognisable as one of the most memorable album covers in Croatian history.

In keeping with the protest theme of the cover image, all press photographs of the band were sent out in red and blue edition that alludes to the police rotation lights. Conveniently, red and blue are also the colors of the biggest football club in Split, the city where they hail from, so it additionally represents their roots. This was also the first example of animated .gif usage for press photographs in Croatia.

Send me a nice letter! Let’s mind melt
and spit some rainbows.

Send me a nice letter! Let’s mind melt and spit some rainbows.

Total Success!
Oh no! Something went wrong while submitting the form.